It's been a few weeks... I've been inspired by another blogger though (the excellent しあわせ by Robert Belton - http://www.shiawase.co.uk/about/．"しあわせ" means "Happiness," and Mr. Belton has numerous quotes that cycle through his title that has great quotes about that subject...) which is what I hope my Blog grows up to be like some day!  I was estatic to learn that there were other people out there who started learning Japanese for no good reason, and to find out that great things came of it!

I think my main hinderance in writing here is that it truly feels like it's for naught.  I would like it to mean something to somebody, but perhaps just the writing of it is the end product I'm looking for after all.

A few days ago I went to dinner with my classmate Ray-san and our teacher Toyoko-sensei.  Ray is married to a Japanese woman and he knows all the little dining spots for various nihon cusine.  We headed down to Torrence for monjayaki.  Of course, it was in a tiny strip mall off of Lomita Boulevard.  All the places Ray takes us to are in tiny little strip malls.  Why do I always dress up too much for these evenings out?  Oh well -- I don't get out much these days!

Monjayaki is a type of stew that you cook yourself on a table grill.  This restaurant had so many pages on the menu, I was glad to leave it up to Toyoko-sensei and Ray.  The ingredients come in a large bowl -- you take the solid ingredients out first with a fork and build a circular wall on the grill, making it as high as possible, so that when you pour the liquid ingredients from the bowl inside it will stay there, burbling, evenutally becoming a thick rich stew.  When the liquid has finally thickened, you start to pave it around with a metal spatula, letting it get brown on this side and that, until you have a delicious, somewhat crisp browned stew -- then you eat with your own tiny (Barbie-doll size!) metal spatulas, either right off the grill or heaping some on a small  plate.  We ate right off the grill.  Toyoko said "We are now family!  My sickness is yours!" (we all laughed!)  They also sell blueberry beer, which was merely Japanese beer with fresh blueberries in the bottom.  おいしいです！

Ray, who is 6 foot 2 and a bean pole, ordered one tiny sake and after finishing it slowly, said "that's enough for me, I'm driving!"  Toyoko-sensei and I looked at each other...our pints of blueberry beer just finished and though I wanted another one, and I could sense she did too, there seemed to be a polite and unstated understanding that we would not appear to be alcoholics to our tea-totaler friend!  But on that one tiny sake, Ray told us all about his last trip to Japan and how he went into the baths with his father in law and of course was stared at by the other men in the bath.  Tall skinny white guy.  I said, "well, didn't that make you feel awkward?"  He answered, "No.  Not at all!  I felt like "Hey! All you've heard about is true! Here it  is!  Here I am!"  We three laughed so hard after that, and I know that Ray was drunk!  This is not the Ray that we know in class!  Is that the point of the drinking in Japan after work, I wonder?  This "really getting to know you" idea?  Toyko-sensei and I giggled when we got in the car, about how that one small beer did nothing for either of us and how silly Ray got!  But his story broke the ice - so maybe it only takes one person to get yopparau! 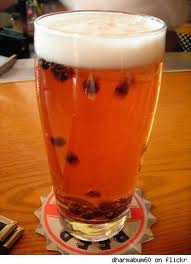 The more interesting part of the evening, however was the ride to and from the meeting spot.  I offered to drive Toyoko-sensei because she said "I am typical Japanese.  Bad driver at night!"  Little did I know that this meant I would have to speak only in Japanese all the way there and all the way home.  Great practice, of course, however, I am embarrassed at how difficult it is for me to speak.  I can understand SO MUCH more than I can actually string the words (I first wrote worlds, which might also be accurate) together.    I did learn how to swear about other drivers tho:
くそ！ (ku so! But don't pronounce the "u" in ku - a hard k only).

Toyoko-sensei is a wonderful woman.  She was telling me, finally reverting to English the last 10 minutes of our drive home, that she has remained a friend to one of her high school students who has such terrible anger management issues that he was kicked out of UCBerkeley last fall.   His parents are lawyers and were divorced long ago in a very contentious way.  Toyoko said "everybody needs one friend.  I am that friend.  I tell him that I am there for him.  But I also tell him that it is not the way to be a human in this world, to treat people the way he treats many people - so condescendingly and so angry.  I try to show him how it is to be human."

There was something so very Japanese in this story to me.  It reminds me of how Japan has dealt with the aftermath of the Earthquake.  Say what you might about Japanese anti-individualism, when it comes to crises they really do all pull together in a beautiful way.  One famous British writer, Donald Keene recently became a Japanese citizen because of his experiences there after the Earthquake - no rioting, no looting, everyone dropping everything to help each other.  I guess he saw how it was to be human.
Posted by Julie C Graham at 10:57 AM

Email ThisBlogThis!Share to TwitterShare to FacebookShare to Pinterest
Labels: monjayaki