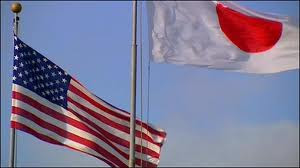 I returned from Japan on Friday, October 26 at 9 am, nine hours before I left. (Time travel.  It's amazing!)  My kids were in school and I had a few hours to acclimate.  I didn't realize how fast Japan would recede once my children arrived home and once I stood balanced on two feet, planted in America again.

I took them out to dinner that evening - the idea of cooking anything was beyond what I could handle - and we went to a local bistro.  I chose a shaved artichoke heart and arugula salad with grilled shrimp and a glass of pinot noir, the same meal I always order at this restaurant.  When it arrived in front of me, I laughed out loud.  "Toto, we're not in Japan anymore!"  My knee jerk reflex to eat like a Californian startled me.  The food so fresh and lush on the plate, the large bowled glass too full of red wine...the glass of ice water with lemon.  These things that seem so everyday, felt new.  And cliche.

The next morning I was craving a Japanese breakfast.  I made dashi, the broth that is the key ingredient of Miso soup, ( I had some kombu and bonito flakes in my pantry from before my trip) and later the soup itself.   Hatcho Miso, of course. We ate it for lunch and my son had two bowls.  My daughter, the shall we say, more discriminate eater, ate half a bowl out of politeness, but didn't want any more.  She prefers the white miso soup, the kind one finds in most restaurants here. But my son ate with gusto and said he could eat it every day.  I told him that many Japanese people have it for breakfast and he was thrilled with the idea of that.

Now, think, for a moment what date I arrived in America.  October 26.  What was coming up in the next 10 days?  Halloween.  The Election.  My son's Flag Football playoffs.  If there was ever an exact moment to land back in America and to be forced to accept and even embrace all that it means to BE an American, this was the moment.

The next day, after the Miso soup lunch, the kids wanted to head to Ahhhs, a local store in LA that at this time of year has two floors of Halloween costumes and decorations.  The Saturday before Halloween, this place rivaled any Tokyo subway station.  Oceans and oceans of people, and in Los Angeles that means every type of person, every color, every height, every shape, every eye color, every attitude, every level of education, every level of manners.  To be surrounded by children and adults like this, one day after arriving from a month of living in a homogenous society, is culture shock indeed.

I almost couldn't breathe, and it wasn't claustrophobia, though it was crowded enough that if I tended towards that, that would be a factor.  It was more that the Great American Melting Pot was too much.  We are too varied.  We are unattractive.  We do things all hibbeldy-jibbeldy. We wear too many colors. We are loud.  We don't care about others' airspace.  We show no manners.  We stand sloppily.  We talk on cell phones and yell across aisles to our friends who need to come over here RIGHT NOW.  There is no uniformity. We are like squawking chickens and multi-color plumed roosters running around a tiny pen, not thinking at all, just making the loudest noise possible and rustling feathers and trying to fly but failing, over and over and over again.

I missed, deeply, the quiet of Japan.

The next week was back to routine.  School lunches, carpool, catching up on bills and the like.  Monday was the first Flag Football game I had ever been to, though my son had been playing it for six weeks.  They were in playoff season and though I have never, ever liked football, I was glad to see my non-sporty son try this, pushing his own comfort zone.

The first game, I had someone sitting next to me, explaining the game.  I had never had this happen before, only occasionally being at a friends' house during Superbowl.  I guess maybe there were a few times that men would try to tell me what was going on, but whatever was on TV was always happening so fast and I could never see the ball and it just seemed ridiculous to me. The whole thing.  Ridiculous.

But to watch it on the sidelines of a grassy field in Culver City and have my son playing offensive left lineman (is that the right term?) and see his big framed body, something he's always been a bit shy about, suddenly come into all its glory and to see his team of scrawny 8th graders go game after game from being the dark horse to winning in the most glorious last 3 seconds with beautiful arcing throws caught gracefully in the end zone  (this happened three playoff games in a row!)...well, that is enough to turn any cynical, liberal-minded, anti-team sport egghead like myself into a bleacher pounding, double fist-clenched cheering, coach hugging All American Football Fan.

Japan seemed further away now than ever.

And then there was the election.  In case you are reading this in the far future, this is the Presidential election of 2012.  The election between Barack Obama and Darth Vadar.  We really weren't sure, none of us, how this election would go.  And those of us who felt a certain way knew, that if Obama didn't win, life as we knew it would cease to exist.  It was THAT important.  So the days leading up to it were tense and exciting, and yes, one could not help being an American in the most important of ways; caring deeply about ones' country and its future.  And when we won, and Vadar lost, the feeling of loving ones country, one's roots, and the hope that we had for our future was so tremendous and so satisfying that all other loves faded.  All aspirations to be something else, something other than American in every way felt like a whisper instead of a calling and once it turned into a whisper, it was hard to hold onto, hard to listen to it saying ones name, as it did before so loudly.

And so I start the New Year as Miss America, but I am trying to listen to the whisper again,  Japan calling out and capturing me once again.